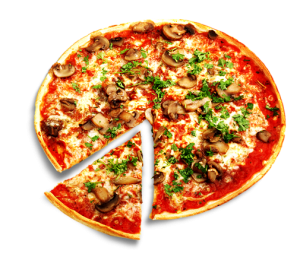 So I started my working life in restaurants right from the bottom, cleaning the dishes… the joy but it was a start!

I moved up through the ranks and by the time I was 19 I was a general manager of a pizza and pasta restaurant I then spent 6 months working with the area managers to suss out where money was being wasted and how we could improve profitability, I also took care of things like the security systems, I remember back then I hired the locksmith nyc services.

Money was nice and it looked good on my CV but it just was not getting excited I was still on an hourly wage which sucked dramatically and I still was working rubbish hours and was always tired.

I soon jacked it in with no fall back on what to do next so I dabbled around and basically went from restaurants to bars.

Bar work is great fun but boy did the money suck, however I have to thank the bar jobs for making me into what I am now. For it was at a bar that I discovered something.

There is a lot of BULLSHIT being talked about in pubs and bars and did I fall sucker for them. I met a guy who was clearly very wealthy and well I talked to him about my dreams and my experiences and it soon became apparent that he was interested in me working with him on some ideas.

The first idea was selling computer cables, we set up a website and I was promoting very hard and we were making sales and I would do sunday markets where I would make a nice day rate. The problems would soon start to show when I would get emails saying that they are not receiving stock and that if they did get something it was wrong!!

I spoke to the guy and it would seem that his wife was doing all the shipping at their shop but was screwing it up. I got chased out of a market once by an angry customer…. The trouble was, was that I had not been paid for one sale off the website I kept being told it will get sorted but it wasn’t.

I decided to say good bye to that venture I lost money but learnt a good lesson.

In the mean time I was still working fifty hour weeks and meeting new people but what started to fascinate me was the builders and construction workers. They would be in the pub by 16:00 every day with wallets full of money and where always happy, they said that because of the great commercial mortgage rates their companies getting more construction projects, which meant more money for them.

I started to ask questions and it soon came clear that tradesmen were making serious money. I wanted a peice of the action and I wanted it bad. I spoke to one plasterer who from what I could see was the richest tradesmen in the pub. He drove round in nice mercedes and had a few houses to his name but not only that he was a very nice guy. I soon decided that I was gonna give it ago.

When I told friends and families I was going to train t be a plasterer they all laughed at me saying that it takes years of experience and I would quit before I was good enough. My girlfriends dad was the same, he is an electrician by trade and said it wouldnt work.

I did the course and well I sucked to say the least I was bottom of the class and I knew but I was determined. When I returned from the course I managed to get on with a firm labouring but I worked a week for free to prove to them that I wanted it bad.

I stuck at it and my money went p and after 2 years of working for the firm I broke away and started DVC Plastering I would go out quoting for jobs and yet I had no idea how to do them but I would just sub it out to another plasterer this worked well in fact it was incredible £70k a year incredible all the doubters where eating their hats.

My plastering business is still running but I have very little to do with it know I just let another plasterer run it and I get paid a monthly commission.

That is the short version on my life and boy there is a lot more to it. You can share your personal version at Printsy.