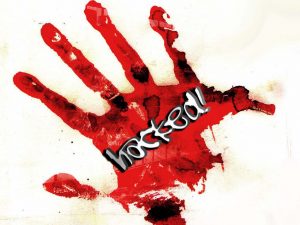 I woke up to my phone ringing today it was my uncle and he was telling me that every one of my sites is down.. There was some strong language followed by a lot energy to try and get to my office in time to find out what was going on.

I signed on to the live chat of the hosting company and started firing some strog words at them, I then realised that the sites had not just gone down but had been down for over 5 hours… as you could guess I was not only angry I was now worried about how much money I had lost. You see unlike most of my friends I make more money when I am asleep than I do when I am awake.

So I soon establish that my hosting companies MYSQL server had crashed and was being repaired as we speak. I was like at least its going to be fixed soon.

I was now getting some emails from members of the numerous forums I own telling me sites are down… But about an hour or so late the sites were back up and was like thank god. I decided that I was going to go for a walk, I need to try and slowly get back into shape, so I try and go for a walk everyday.

Today I took Jane for a short walk along the river it was quite nice and chatted etc, and I was just saying how lucky I was and that it was nothing to serious when when the phone rings to tell me that one of my busy forums has just collapsed on its arse.

So I rush back home again and start trying to figure out what has happened and how I can resolve it. I get back on the case of my hosting company and after 2 hours or problem solving we discover that the server has been hacked. SO I needed to upload the back up of the site….

About an hour later the site is running perfect! I was like right time for a beer!! Then about ten minutes pass and I check again and damn it the site has crashed again!! I pretty much flipped!!

So after reinstalling the site again I decided it was time to change the password again and then do my best to protect the site.

So after all this I was like good its all back and running perfect! Vbulletin send me an email explaining that the site needs a security update. I was like that’s fine, so tonight at 2am English time I am waiting for the forum to go quiet so I can attempt to run this security patch and have the site up to scratch ready for the morning rush.

Today has been mega stressful and I am about ready to go to bed, just hoping that tomorrow I can get some work done rather than clearing up one mess after another!

There are many perks from running a homes business and making a living online, like I can go fishing whenever I please or I can take walks down by the river these are all good but when things go wrong the stress levels are unbelievable!!