I was in my local pub on Thursday evening and reading the Daily Mail I came across the below article and I was  unsure on what my feelings were..

Internet users are to be given the power to stop companies monitoring their browsing and using the information gleaned to bombard them with targeted advertisements.Sites including Google and Facebook what have to carry a red warning triangle with an ‘i’ on all adverts which have been generated by such monitoring. Those who click on the icon will be given the chance to opt out of the targeted promotions.

Websites that flout the rules to be introduced in June, will be named and shamed by advertising watchdogs and could face being brought before the information Commissioner. The Internet advertising has raised privacy concerns after users have found themselves assailed with advertising based on their personal browsing. For example, someone who logs on to a site about red wine might suddenly find special deals on Cabernet sauvignon popping up on other websites that they visit – whether or not have anything to do with wine.

The targeted advertisements are the result of websites storing files and computers of individuals visiting them, these files, called cookies are effectively online tracking devices, which record what the user looks at. The profile they create is then exploited to target advertising.

The interactive advertising bureau has set up a website at youronlinechoices.com where it is possible to turn off advertising from many companies. Some websites such as Yahoo, have begun using the triangle icon on a voluntary basis. Advertisers who point out that stopping cookies will not stop online advert, it just means that they will no longer be tailored to the user. An investigation by the Wall Street Journal found that the world’s top 50 websites installed 3180 tracking files on a test computer.

The newspaper said the information on these devices gleaned enabled data gathering companies to build personal profiles that could include age, gender, race, postcode, income, marital status and health concerns along with recent purchase of favourite TV programmes and films.

Guy Parker, head of the advertising standards authority said the new ‘opt out’ icon had been introduced amid growing concerns about advertising. He added: ‘Trust in advertising is been declining for a number of years and this is not good news. If people trust individual ads less… then companies advertising spend is going to be less effective.’

So after reading that what do you think?

My first impressions was that I quite liked the idea of it changing, as I have often looked at some of my sites and thought that the adverts were not relevant to what was on the page but to what Jane had been searching for on my PC the night before… In the good old days of contextual advertising the adverts would be targeted to what was on the page. So if the page was discussing life insurance you would have Life insurance adverts show up. Which in my eyes was a lot better especially for the publisher of those adverts.

Imagine if you had built a site and had adsense on it and had customised the pages the to hide the adverts nicely just so that the user didn’t feel like they were going to an advert…. But now your site maybe on watches but its displaying Car insurance because moment previous you were just insuring your car….

In the UK we will start seeing a lot of changes with how the internet is looked at especially as the slimy politicians try to control it and of course as every year goes by and more more people get online our freedom of speech is slowly fading. This is why I am worrying a little bit as the more laws that come in the more restrictions we are going to find to try and hold us back in continuing to make money online whether it be a legitimate business or not.

I am not hopeful for the future to be honest, if America gets its way the internet will be heavily policed and anybody that appears to start getting bit of power will get shut down and this has already started especially now the super bowl is starting.

Remember if you have an online empire you need to keep up to date as to what is going on around the world and watch all the new laws and changes coming in. 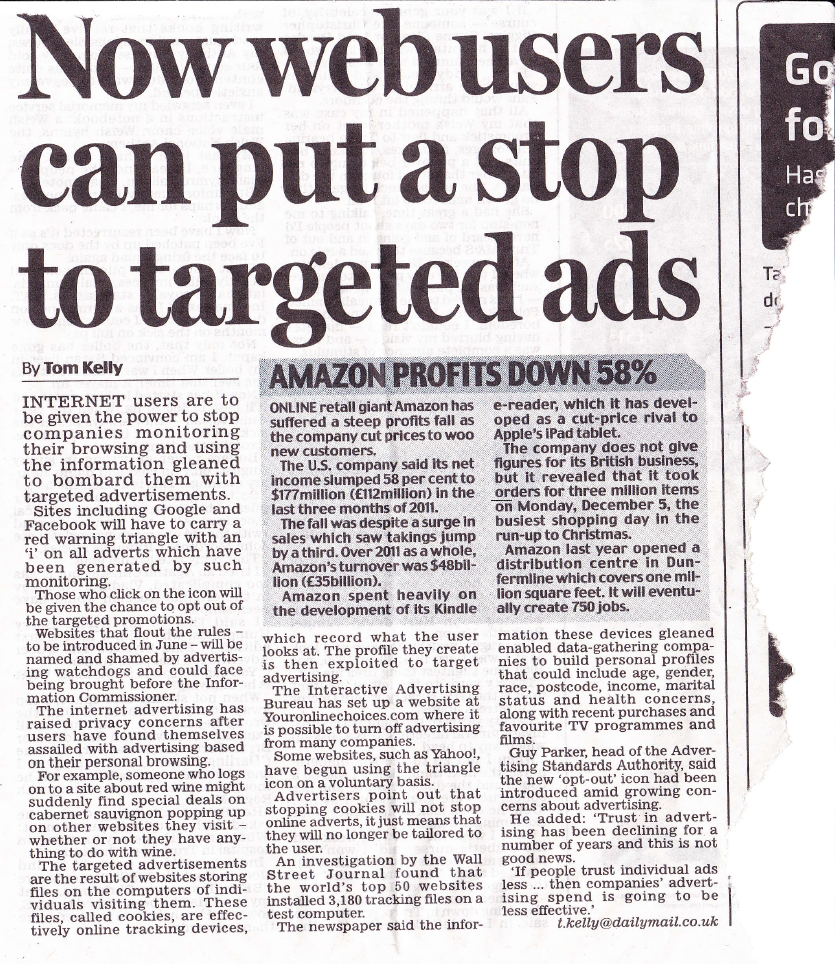