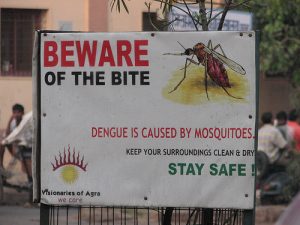 In September I started a 4 month trip round Asia and hoped to end it by spending the final month in Perth Australia.

The trip did not get off to a great start, I had a Mc Donald’s in Dubai before our connection flight to Beijing and I got food poisoning and spent 8 hours being very ill. I needed to have an in flight injection to help me stop being sick. This had to be given to me by another passenger oh yes… not the best start.

We saw a bit of chine and did the main sites like the Tienanmen Square and The Great Wall which have to say was absolutely fantastic. We then headed to Hong Kong where we did all the touristy things like the walk up the hill and I also went to Big wave Bay to practise my skimboarding ready for the competition in a few days time.

From Hong Kong we flew to Malaysia, we have friends in Penang, in fact we met these guys in Bali last year and they invited me to The Malaysian Skimboard Comp which was pretty awesome.

I was not well for the comp but I still competed and won best international Skimboarder :-) While we were in Penang we went to a traditional Chinese wedding of a friend of ours which was very nice, different to weddings we are use to in the UK but we were very honoured to have been invited.

After Malaysia we headed to Vietnam, We flew in to Hanoi and this place was manic absolutely crazy!! I mean it was mega, never have I seen so many scooters :-)

We travelled down the coast south from Hanoi to Hue which was very nice and then we headed to Hoi An which is where I picked up the best skimboarding session… the waves were huge and the swell was fantastic.

Every time we move towns it was always a long bus journey, or a huge long train journey. When I say long I mean really long like spending 24hrs on train or 15 hours on a bus I am not going to lie the actual travelling bit of travelling is not my favourite bit but still none the less it ads to the experience.

Well we made it to a place called Nha Trang and we headed out in the evening and after dinner myself and my lovely girlfriend Jane went out on the tiles and well lets just say we had a skinful.

The following day I woke with a stinking hang over and feeling awful, Jane went out for lunch while I stayed in bed trying to get over the night before. Well at about 17:30 I jump in the shower and try to get back to normal, I sit back on the bed then I am sick.

I decide to lie down and go back to bed, still thinking its the hangover from hell. Well my temperature started to rise and I am not feeling good! I start to lose conciseness, Jane goes down to the hotel reception and gets taxi to take me to see a doctor. I needed help into the left and by the time I get to reception I had collapsed again. I get put in a taxi and Jane decided to take me direct to a private international hospital. In the taxi I was burning up and I started to lose feeling in my hands and my forearms.

I get to the hospital and the doctor thinks I have food poisoning and I get taken to a room where I was give loads of injections and put on drip. I was also trying to check that every needle was clean and came out of a packet.

The following day I am getting worst and feeling really bad I am now very sick and the doctor decided to do a blood test. The test result comes back and I am diagnosed with dengue fever. This for myself and Jane was pretty bad news as all we had heard around Asia was at how bad Dengue fever is and that it does kill.

Jane made some phone calls to England and started explaining things to my family and also friends and some of the communities that I own online. This was a tough time for everybody as they all new that this could be the last of me and was quite upset.

Day 3 in my Vietnam hospital and I am in a lot of pain in fact I am in absolute agony, Jane helped me to the toilet and I was sat there, the next thing I new I was on a bed with a heart machine and on oxygen. I had collapsed again and my heart rate was very low and I had a very faint pulse, it was then it was decided that Jane wanted some of my family over as it was too much for her to cope on her own.

That night my uncle calls Jane to say that the Vietnam hospital has decided that I can no longer be treated as they don’t have the medicine. The following day I was being flown by air ambulance to Bangkok. This was good news for everybody and especially for Jane!

The following day I was put on a stretcher and put in the back of the ambulance, the ambulance then dropped my 20kg rucksack on my head which was very painful but then we were in Vietnam so I was not surprised.

We get to the airport and I get put on an aeroplane and the flight was about 6 hours long and I am not going to go into too much info here but it was very unpleasant for everybody involved.

I get to Thailand and another ride in an ambulance and I am in hospital thank god… this place was fantastic and I was put at ease but oh boy was I still in pain!!

I had a new drip and I was put into my own room and the room was like a hotel room, Jane at last had her own bed as well which was nice :-) I had another blood test and it was confirmed I had dengue fever and I was also confirmed to have a list of other problems one include a liver that had been destroyed by the Vietnamese doctors.

I was going through hell and back and I was taking Jane with me, a day later my parents arrived in the hospital which was nice, although by this point I was sitting up in bed but very tired. I was in the Bangkok hospital for 10 nights and every day I was improving dramatically but man did I hate the start of every day. 6Am always started with a needle in my somewhat bruised arm and everyday it got more and more painful!

I was flown back to the UK to recover from my ordeal which has left me 2 stone lighter, very weak, very stressed and most of all I think I appreciate life a little more which sounds a bit cliché but I do.

I have a long road to recovery and I will never be sure if I can get over this disease, Its bvery unknown and I am hoping that it does not put a stop to my travelling in the future.

So this year 2010 has been officially one of the worst years for my health ever. My internet ventures are still growing but I am having to take it slower and thinking at the moment is very tiring. I know this has been a long post but I thought I would let you all know what’s happening with me and the reason for some of my posts.